What is the Clery Act: Compliance and Incident Reporting Requirements

Failing to report campus-crime data? Be ready to pay up.

Campus safety isn’t just a buzzword; it’s a mandate, a priority and an obligation for educational institutions. Fortunately, each year, the number of students attending college and university continues to grow, and by 2027 undergraduate enrollment is projected to increase to 17.4 million students. But as enrollment increases, it’s expected that campus-related crimes will too.

Under the Clery Act, U.S colleges and universities that participate in federal financial aid programs are required by law to keep and disclose information about crime on and near campuses. Compliance with the Clery Act is governed by the United States Department of Education, which can impose hefty civil penalties on any institution found guilty of non-compliance. Penalties can be upward of $54,789 per violation for each infraction. The governing body may also suspend institutions from participating in federal student financial aid programs.

What was the catalyst for the Clery Act?

In 1986, Jeanne Clery was raped and murdered by Joseph Henry at Lehigh University in Pennsylvania. The brutal attack on Clery was one of 38 incidents recorded at the university over three years. Clery’s parents argued that if the records had been made public informing Jeanne of how many incidents there were, she wouldn’t have attended.

Institutions must publish and distribute their Annual Campus Security Report by October 1st every year. This report is distributed to both current and prospective students and employees. It is required to provide crime statistics for the previous three years, policy statements, and safety/security measures. It must also include campus crime prevention program descriptions and procedures to be followed in the investigation and prosecution of alleged sexual offenses.

What types of incidents must be reported?

The police or security departments at the institution are required to maintain a public log of all crimes reported to them or those of which they are made aware. The log must have the last 60 days’ worth of information, and each entry must contain the nature, date, time and general location of each crime and disposition of the complaint. Institutions are required to be able to access any information in the log that is older than 60 days within two business days of being requested. Crime logs must be kept for seven years.

Along with crime and fire logs, institutions must keep eight years’ worth of crime statistics that occurred.  Institutions are required to report on murder, sexual offenses, robbery, aggravated assault, burglary, motor vehicle theft, hate crimes and arson. They are also required to report on any person referred for campus disciplinary action for liquor/drug-related violations and weapon possession.

In recent news, the United States Department of Education found that the Michigan State University (MSU) has repeatedly failed to meet requirements to ensure the safety and security of students and employees. The regulators wrote a scathing report outlining how MSU consistently underreports or has not disclosed crime statistics that would constitute possible criminal threats to students. For example, MSU’s failure to report sex crimes.

In 2016, MSU’s national gymnastics team doctor was accused of sexual assault, particularly against female minors. During that time, over 368 individuals came forward.

“A female athlete told the unnamed strength and conditioning coach Nassar had assaulted her in 2016. The coach admitted in the report he had ignored his training and did not report to the MSU Police Department or the Title IX Office, instead of telling an associate director of athletics. The unnamed associate athletic director was found to have failed to report Nassar’s sexual misconduct in 2016 properly. They are the most senior member of the athletic department reported to have held onto the knowledge of Nassar’s abuse. The Department of Education describes the reports of Nassar’s abuse over the course of two decades at MSU as an unquestionable threat to the campus community. The university would have been required to issue a “timely warning” in the case of this ongoing threat.”

MSU could face financial penalties and other sanctions for their lack of compliance with the Clery Act. Until mid-February, university officials have to respond to federal officials about the Clery report.

Resolver helps some of the world’s leading educational institutions to track, manage and report incidents. With all criminal incident data accurately tracked in one system, you can rest assured that you’re complying with Clery Act requirements and can pull the reports you need when you need them. 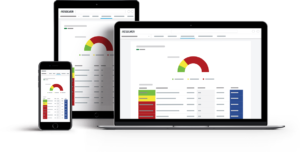 Want to learn more about how Resolver can help institutions comply with the Clery Act? Request a Demo today!