After using their own cumbersome paper-based incident reporting system for a number of years, OntLA implemented IRIMS—the predecessor to Perspective—in 1997. Not only did IRIMS expand the breadth of incident data collected by OntLA with its extensive forms and fields, but the introduction of a computer database for information storage and retrieval hastened incident follow-up and increased the efficiency of security operations.

In 2007, ten years after implementing IRIMS, OntLA was ready to move on to a new generation Incident Reporting system. Technological developments since IRIMS’ creation in 1988 had left IRIMS outmoded and limited in functionality. As well, Microsoft had announced that it would be ending support for SQL 2000, the database platform on which IRIMS was built, by April 2008. As a result, Resolver was forced to end support for IRIMS by the end of that same year.

“We’ve always had a positive relationship [with Resolver] and that was probably 90% of why we went with Perspective. We’ve had a good working relationship from day one and have always received the support that we needed.”

Choosing Perspective as their Incident Reporting system of the future was only the beginning of OntLA’s move from IRIMS. Before they could launch Perspective, they had to set up and configure the system to suit their needs, train approximately eighty users in its features and functionality and migrate ten years of valuable IRIMS data into their brand-new database, making it accessible for continued analysis and reporting.

When OntLA indicated they were ready to implement Perspective, Resolver was there to assist them in meeting this challenge. As part of OntLA’s Perspective purchase, Resolver provided them with an Implementation & Deployment Program designed specifically for IRIMS clients moving to Perspective.

The team that Resolver assigned to the implementation project was composed of Consulting & Training, Technical Support and Customer Service staff. A Senior Consultant at Resolver spear-headed the project, with Steve McGowan providing direction on the client side.

Throughout the set-up, configuration and customization of Perspective, the service provided by the Consultant and Resolver’s Customer Service Manager and others was top-notch. Every step of the process was explained clearly, information was readily available and the communication lines were always open. Says McGowan:

“I spoke to them on the phone and, followed by a detailed email, I was fully informed of everything that was happening. They were always available to me if I had a question. I appreciated that because I had lots of questions!”

In order to bring approximately eighty users at OntLA up-to-speed with the operation of Perspective, Resolver spent a week conducting onsite training, two sessions per day. According to McGowan: “They did a great job for us. We worked them to the bone!”

In addition, McGowan, along with another Staff Sergeant, attended a two-day training session at Resolver’s head office to learn the ins and outs of administrating Perspective. Once OntLA’s users were fully trained and ready to switch Incident Reporting systems, Resolver’s Technical Support team migrated their IRIMS data into their new Perspective system. Though the process was not instantaneous, it went smoothly. “It was slower than I expected, but everything went OK. It was just a blip on the radar. It wasn’t an inconvenience at all,” states McGowan.

Three months later, when asked if Resolver’s Implementation & Deployment Program for Perspective achieved OntLA’s objectives, McGowan happily replies: “For sure. I couldn’t have asked for anything better.”

Though OntLA’s Perspective users certainly had to negotiate a sharp learning curve to move from IRIMS, a twenty-year old software program, to Perspective, a cutting-edge Incident Reporting & Investigation Management system, McGowan believes they are getting accustomed to the program:

“Since we started, I think we’ve reported upwards of 600 incidents already. Now that we’re a few months in and our users are becoming familiar with the different layout, the transition seems to ease day by day.”

Overall, McGowan finds Perspective far more user-friendly and intuitive than IRIMS. He particularly appreciates Perspective’s ease of administration and finds the security layers simple to set up, apply and modify: “I could even tell someone how to do it over the phone if they had administrative rights.”

“The biggest challenge for us in reporting incidents is to ensure that we enter as many critical details as possible to maximize the information output from Visual Analysis. Visual Analysis is a great product. The ability to show a timeline or graph that clearly outlines the nature of an incident or multiple incidents that are all related is a valuable tool, and the use of Visual Analysis for presentation purposes brings life to the information on the page.”

Not only do Perspective’s analytical and reporting options help managers grasp the nature of incident activity at OntLA, but the hard numbers and statistical information generated from Perspective also demonstrate the value of their Security Service. As McGowan explains:

“It translates the vital services we provide into statistical data that justifies and supports us operationally, as well as in the boardroom, when looking for new budgetary considerations.”

With Perspective, OntLA is able to detect patterns in incident activity, predict issues with annual events, identify associations between known individuals and potential incident involvements, and even track court cases. Perspective provides the information they need to effectively respond to incident activity and improve their security operations. Explains McGowan:

“Our members can log onto Perspective whenever they want and read any occurrence to better educate themselves—not only on events that have happened here in the past, but things that are coming up in the future. Education and knowledge are the key benefits of this software for us. If you take the time to input the proper information, it’s a great educational tool.”

And on top of all this, McGowan appreciates Resolver’s commitment to creating software solutions that are clientdriven. McGowan regularly polls OntLA’s Perspective users for suggestions for program improvement and forwards their ideas on to Resolver for consideration in future Perspective releases. He is enthusiastic about this process, exclaiming: “If we get one of our suggestions in there, it just makes Perspective more like our own.”

When asked if he would recommend Perspective to others seeking an industry-leading Incident Reporting & Investigation Management system backed by solid customer service and support, McGowan responds: “I would and I already have.” 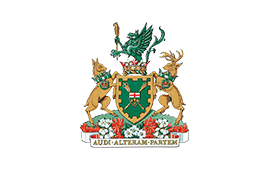 The Legislative Assembly of Ontario (OntLA), located in Toronto, Canada, is the seat of Ontario’s provincial government. Its Legislative Security Service is responsible for upholding safety and security on the legislative grounds as well as in its buildings. They respond to and document approximately 2,300 incidents each year, ranging from presidential visits, to protest demonstrations, to medical emergencies. With such a wide array of incidents posing varying degrees of security risk, many of them highly political, OntLA relies on Resolver’s Incident Reporting & Investigation Management software solutions to track, analyze, report and prevent incident activity.